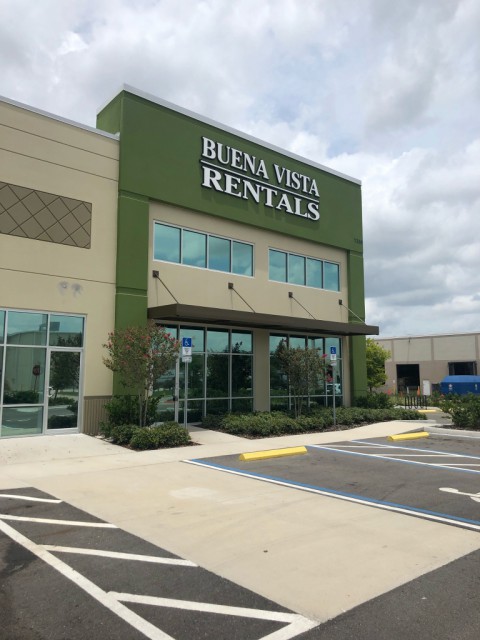 At Buena Vista Scooter Rentals our customers are our Number one priority. In an effort to provide you with all of the necessary information related to ECV and mobility rentals we have compiled a list of our most frequently asked questions. Please take a moment to look through the information presented here. If you have a question that we have not answered, feel free to contact us. Our staff of trained professionals is eager to help.

Q:
How far in advance should I make my reservation?
A:
While we make every effort to accommodate our clients, it is our strong recommendation that reservations are made well in advance of your planned stay. Holidays, spring and summer breaks and seasonal conventions often put scooter and ECV rentals at a premium. In order to ensure that you are taken care of during your stay, we require 48 hours advance notice for all online reservations. reservations made over the telephone should be made 7 days prior to the start of the requested rental (anything sooner will be based on availability).
Q:
What types of payment do you accept?
A:

Whether you are renting or purchasing equipment, the preferred payment is major credit card (Visa, MC, Discover, Amex). However, we will accept cashiers check or money order, although shipment of a purchased unit or delivery of a rented unit will be put on hold until payment is collected in full.  We DO NOT accept cash.

Q:
Why Choose a Buena Vista Stroller over a theme park stroller?
A:

Q:
What hours can Buena Vista Scooter Rentals be reached for customer service and support?
A:
Our customer service lines operate every day from 8 am to 9pm to assure that all of your questions and concerns are addressed in a timely manner.
Q:
Do you offer protection insurance, if there is damage to the equipment during the rental?
A:

Although we do not sell insurance, we do offer a Damage Waiver that will protect the unit during the duration of the rental.  Damage Waivers are a NON-REFUNDABLE, one time, fee of $20. This will cover any damages to the equipment while in your possession; whether it's damage by the renter or someone else in the parks.

Q:
How will I know my reservation is complete?
A:
Once your reservation has been received and your information has been confirmed we will fax or email you a reservation confirmation. It is suggested that you carefully verify all information before submitting to avoid any delays in confirmation. If you do not receive a confirmation notice within 24 hours, please contact us. We do not guaranty reservations that have not been confirmed by our staff.
Q:
Can I cancel my reservation?
A:
Yes. Cancellations require a minimum 48 hour advance notice to avoid a cancellation charge (Based on the start date and time). Cancellation requests made within less than 48 hours of the scheduled delivery will require a cancellation charge, billed to your credit card. All reservations cancelled 24 hours prior to the rental will be charged a one day rental fee. All reservations cancelled the day of the rental will be subject to a two day rental fee.
Q:
Are there any Disney World attractions, or rides that allow you to stay in your Wheelchair or Electric Scooter??
A:

Yes!!  There are actually quite a few.

Below is a list of all rides / attractions that allow you to stay in your mobility equipment during the experience.

Q:
Are there Universal Sudios / Islands of Adventure Rides / Attracrions that allow you to remain in your wheelchair or Electric mobility equipment??
A:

With the exception of the Hogwarts™ Express, none of the ride vehicles or attraction queues at Universal Orlando will accommodate Electric Convenience Vehicles (ECV). At those rides which can accommodate standard wheelchairs, Guests may transfer from their ECV into a standard wheelchair that is provided at each location.

However, below is a list of attractions that are capable of allowing Guest's to remain in a Standar "push" wheelchair:

Q:
Will you deliver my scooter to our hotel?
A:
Yes. Buena Vista Scooter Rentals delivers to all DISNEY area hotels and resorts, absolutely FREE of charge. Depending on the distance, some off-site properties may be subject to a delivery fee (Please contact for details)
Q:
Warehouse hours for Pick-up and Drop-off
A:

If you choose to do a Warehouse Pick-up and Drop-off, the hours are 8am-5pm, 7 days a week. Returns must be done before 10am, any return after 10am will be charged an extra day.

Q:
Are your scooters difficult to operate?
A:
No. Our rental fleet has been specifically chosen for its durability and ease of use.
Q:
How long will my scooter run on a single charge?
A:

While using the unit in the theme parks, due to the hills and inclines, we will guarantee no more than 6 hours of battery life.  There is always the possibility of longer spans, however, the hills and inclines will put more stress on the battery.  We do highly recommend charging the unit, when not in use: On a ride, in a show, or in a  restaurant.  Periodically charging throughout the day will help sustain the battery for extended visits in the parks.

PLEASE NOTE: riders who exceed the weight capacity of the unit should expect shorter run-time.

Q:
How long does it take to recharge the scooter battery?
A:
We recommend charging your scooter's battery over-night after every use. The battery can be charged right in your hotel room and each scooter is equiped with a power meter to keep you informed of your battery's remaining power supply.
Q:
What should I do if it starts to rain while operating the scooter inside the parks? Will the scooters operate in the rain?
A:
If it begins to rain while in the parks it is HIGHLY recommended that the scooter is moved to a covered area. The electric components inside the scooters will malfunction if they are exposed to the rain and will cause it to seize up until ALL components are dried out.
Q:
Can my scooter be used on Disney and other theme park transportation?
A:
Yes. Disney, along with many other area theme parks have made special accommodations for those using mobility scooters and ECV's. Check with your specific hotel or resort for details. Scooters DO NOT require disassembly to go on the Disney transportation.
Q:
How do I prevent my scooter from being ridden by others while parked?
A:
Each scooter comes equipped with a "key-switch", much like an automobile. Always remember to take your key with you when leaving your scooter unattended. (All scooter keys are attached to an elastic "wrist band" key-chain)
Q:
What happens if I am having problems inside the park, or if my scooter should happen to stop working while at a theme park?
A:
If you are experiencing difficulties with your unit you can call the 866 number to be found on the scooter. We have operators standing by to assist you. We will first try to trouble shoot the problem. If that is unsuccessful we can send a driver to you with a replacement unit. To avoid the battery running out please check the battery guage from time to time to help maintain a workable charge. SCOOTERS CAN NOT GET WET....IF THEY GET WET THEY WILL NOT WORK AND WILL NEED TO SIT AND DRY BEFORE USE!
Q:
What time are the scooters delivered the first day of use and what time do they need to be returned on the last day of use?
A:
For Non-Disney hotels / resorts, our scooters are guaranteed to be at the bellman of your hotel by 8am the day your rental begins (they will hold it there until you arrive). The scooter will need to be delivered back to the bellman of your hotel no later than 9:30am the morning after your rental is complete.  For all Disney resorts you can select, from our delivery time options, the time that best suits your needs and that is when our driver will meet you for delivery and pick-up.